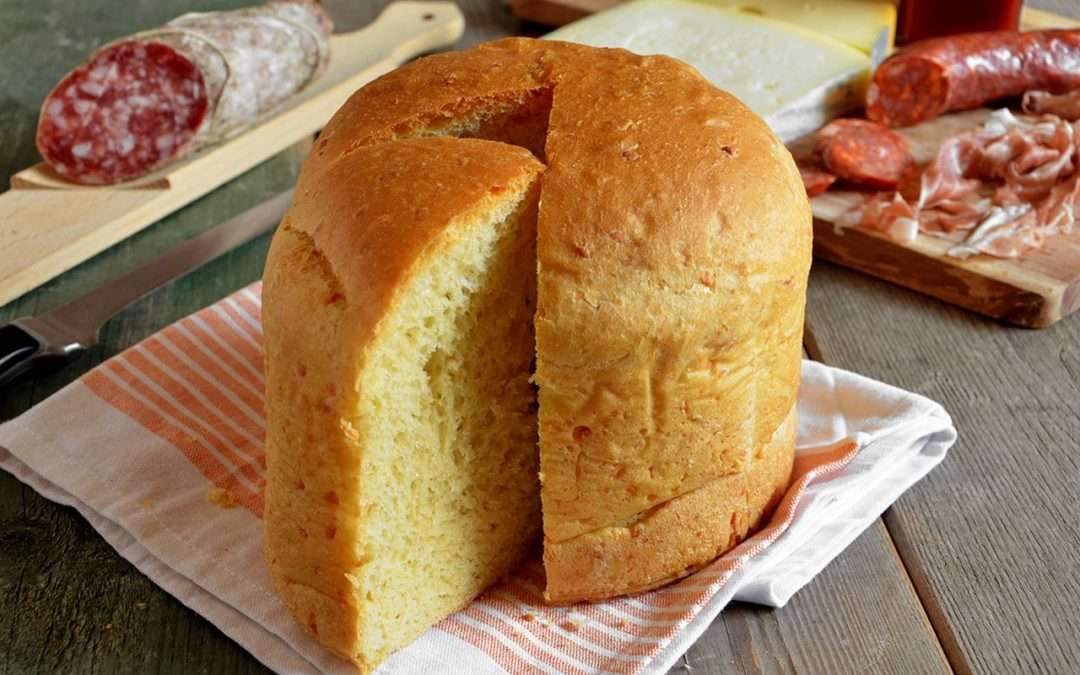 Pizza di Pasqua: the Italian traditional Easter Pie in all its variants.

Flour, eggs, pecorino and parmisan are the main ingredients of an often debated Easter recipe.

Many claim to know the original recipe of the Pizza di Pasqua Romana (Roman Easter Pie), typical dish of the Italian Easter.

This pie is usually eaten at Easter for breakfast along with ciauscolo, a tasty kind of salame from Central Italy particularly renowned in the area around Rome.

You’ll love it also with corallina, similar to ciauscolo, but typical of the Etruscan area, and hard boiled “blessed” eggs.

Widely-known also as Crescia (growing dough), due to its long leavening in baking, this pie dates back to the Middle Age.

Legend has it it was firstly baked by the nuns at the Santa Maria Maddalena di Serra De’ Conti monastery in Ancona.

The original recipe is unknown, and it’s been modified and updated over time.

There are many different kinds of Pizza di Pasqua, enriched with ingredients such as spirits, herbs and spices.

But one thing is for sure: the Pizza di Pasqua is not to be missed on any Italian table at Easter, and it’s really worth it!

Another Easter recipe of uncertain origins is the Pizza Pasquale Civitavecchiese, named after Civitavecchia, the ancient harbour of Rome where it is made.

This is a sweeter variant of the Pizza Romana: ricotta cheese is used instead of pecorino and parmisan, mixed with eggs, flour and sometimes, to add a sweeter touch, chocolate chips or cocoa powder.

For all these reasons, ee love them both equally: if you wish to visit Italy during Easter next year, we invite you to try them both… and vote for the best Easter pie, if you can!

For a very traditional Easter breakfast, take a look at our blog post on the history of cutlery sets!